24 weeks: counting down the days

Are you unaware that my birthday, one of my most favourite days of the year, is just around the corner, five days around the corner to be exact, which means we’re in birthday three week time, a time that is supposed to be happy and joyous and beautiful and wonderous – NOT TEAR FILLED! Or, are you just being plain nasty? Because after the week you’ve put me through, I’m having my doubts about you. I’m beginning to think you hate me and I’m wondering why. Don’t keep me in the lurch here, dear BG, I would very much like to know, because then maybe I could tackle your evilness, put a stranglehold on it, kick it to the bloody curb. Oh yeah, that’s exactly what I would like to do. Because right now, you’re making me look bad, real bad, and in case you haven’t noticed, I don’t like to look bad – YOU JERK!

My blood sugars the last few days are so beyond the roller coaster. I’m teased with perfection first thing in the morning only to be sucker punched an hour later with ugly highs. And no matter what I do, they just keep going up, up, up. It’s like they’re spending the entire morning and a good part of the afternoon too climbing the Mt. Ventoux. But then in the evening, after a full days worth of rage bolusing trying to get them back down to reality, then, and only then, do they decide, hey let’s go for a swim, and why don’t we tie a few bricks around Princess’ ankles – see how she survives then. JERK!

And because of those BG spikes, I was made to feel like the worst mom-to-be this morning by the doctor manning the maternity clinic I go to once a month. It’s not bad enough that I’m already super anxious about keeping my little alien thumb-sucker healthy and on the up and up, but to be lectured by this doctor who told me I was “endangering” my baby with the highs (9, 10 and 11 readings) nearly sent me over the edge. Oh and he couldn’t stop there, nooo, he stuck a little jab in when he measured my belly and noted that I was two inches larger than where I should be, stating that all that “added glucose” in me is taking it’s toll.

Take note: I did say I’ve been experiencing highs for three days, not three months! My three-month BG average is more than perfect, so I highly doubt they’re the reason I’m soon to be the size of a hippopotamus. JERK! 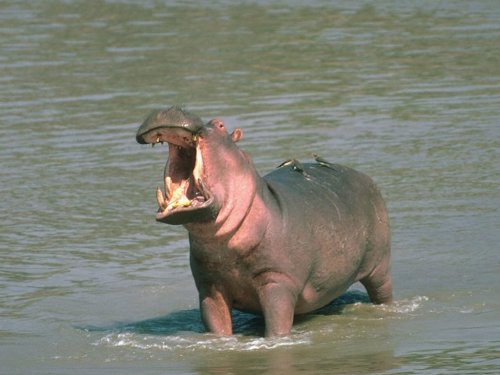 I already feel like this and according to all these medical peeps I’ll soon be the size of it too.

And then after all that, after making me feel like I’ve been doing everything wrong, that I’ve been neglecting my baby, that I’m worse than a freaking alcoholic or drug-addicted pregnant chick, he tells me that “truthfully I have no knowledge when it comes to Type 1 diabetes,” and that I would be better off with a high-risk obstetrician.

Uh what? Then why the hell have I been going to this clinic for the past five months, building a relationship with the doctors in this clinic, if they were just going to wash their hands of me? If they had no knowledge of Type 1 diabetes back then, then why the hell wasn’t I sent to a bloody high-risk obstetrician back then? Are you freaking kidding me? 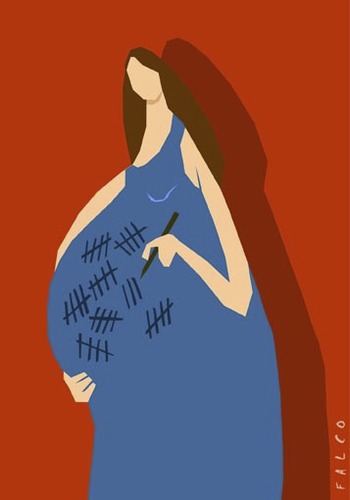 Counting down the days ’til I never have to deal with these jerks again!

Getting really sick and tired of the lack of Type 1 knowledge when it comes to pregnancy! Seriously, not cool.