The hills tonight, they were exactly what my legs AND my brain needed. After an unnervingly rough day, I was in desperate need of something to pound out my frustration. And while I didn’t have a punching bag, I did have hills. 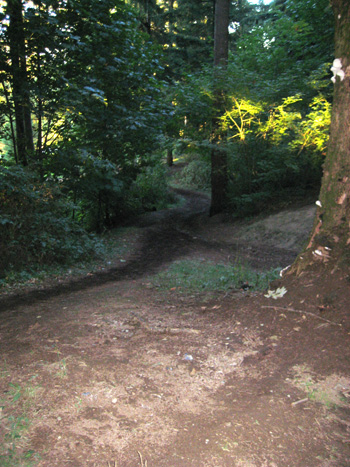 It’s pretty amazing what something as simple as a run can do for your spirits. When I arrived at the lake to meet up with my peeps, I had no desire to be there, no desire to talk to anyone, no desire to put on a facade of friendly. I did, however, have a nasty scowl on my face and a burning fury in my belly. It’s actually quite shocking that everyone around me weren’t running away screaming like banshees in fear!

But by the third hill, with my legs and arms furiously pumping, and my eyes stone-cold focused on the hill’s crest, my mood finally shifted. The negative energy filling my body was being pounded out of me with every quick step I took. Another reason why I love hills! It also helped that I had one of my favourite running chicks to vent to for the first 2 km warmup 😀 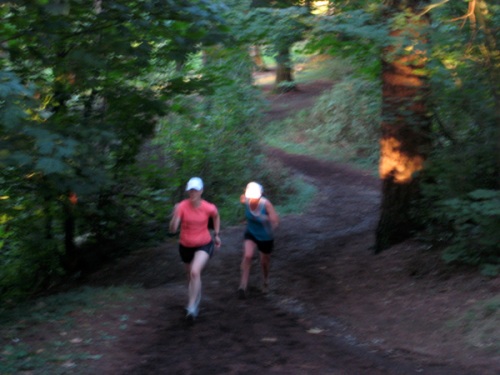 We're so fast the camera couldn't keep a focus on us 😉

And because tonight was our last night of hills (so sad :() I leave you with this:
My Hill Hero:

As much as I love hills, and as much as I think I am a speed demon going up them, I am nothing in comparison to this woman. Janet is amazing when it comes to hills. Watching her speed up them, it’s as though she’s flying – and she makes it look so darn easy. While most people, me included, huff and puff, their faces beet red, and expressions pained, I swear Janet is actually smiling – smiling!

Two weekends ago, she competed in the Whistler Peak to Peak, and if my memory serves me correctly, she completed it in 36 minutes, which is quite the feat in itself. But there’s more. At some point in the race, Janet bailed and literally did the Superman down the mountain. With her body torn to pieces, she somehow managed to dust herself off and continued running, following the orange markers to get to the finish line. She was almost airlifted off the mountain, that’s how bad of shape she was in, but her only concern was that she had actually crossed the finish line. Now that is core! 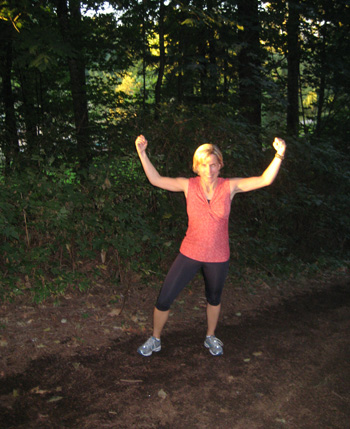 And she wears Mizunos too!