Please shine down on me…

When I woke up this morning to the rain pelting off my bedroom window, I smothered the pillow over my head and prayed for it to stop. I never used to fear rain, in fact I actually quite enjoyed running in it. Sure it would take me awhile to muster up the courage to get out, but once I did, it was often a nice, refreshing run. But now, when I hear that rain and see those grey/black skies, I shudder. I blame Portland.

You know that old adage, “When it rains, it pours” well, while the rain did so kindly dry up for the duration of my run, it was still pouring to beat all hell in my head. For the first 5 km, my legs, arms, hips all felt like they were swinging all over the place; I couldn’t keep a consistent pace; I was burning up; my stomach was flipping and flopping; I had no energy; I had no will. But I could deal with all that, sure it was uncomfortable, but I had no pain.

When I reached the top of Queen’s Park hill, which is kitty corner to wear Mario plays road hockey every Sunday morning, I stopped at the lights and texted him that I’d soon be seeing him. I went to put my iPhone back in the pouch of my fuel belt and OH NO! It slipped. Right out of my hands. Smashed. The windshield quality glass screen was no match for the cement sidewalk. I’m not gonna lie, there may have been a tear exit my eye. 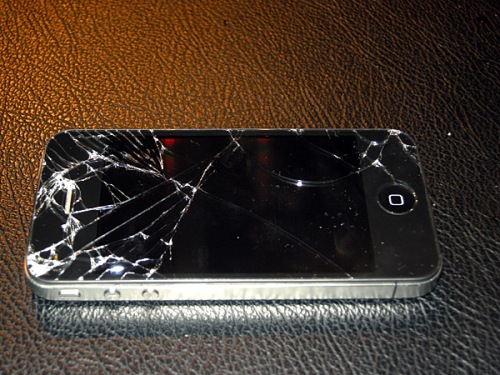 And if that wasn’t bad enough, I hit quicksand on the route home and muddied up my newly purchased sneakers; got thwacked in the face by a low-hanging wet branch; and got splashed in the eyes by murky rain water after plowing through an unseen puddle. Sometimes, you’ve just got to listen to your gut. But on the upside, I was so pissed off, my pace and form on the second half of the run were killer.

With less than a km to go, I ran into my grandma on the Quay. Had it not been for her hyper ginger-coloured mini poodle I wouldn’t have even seen her. But I’m glad I did. Shortbread cookies and gram’s best biscuits helped take my mind off the shattered remnants of my dear iPhone sitting in my pocket.

After grandma’s, I headed to the Apple store with Mario, fully intending to pay a hefty fee to get it fixed or replaced. When I told the Apple genius what had happened, I swear there were tears brimming in his eyes. He felt my pain.

Genius: What happened?
Princess: I smashed my phone.
Genius: Ouch. How?
Princess: It fell.
Genius: On what?
Princess: Cement.
Genius: Sidewalk?
Princess nods grimly.
Genius: How long have you had it.
Princess: One month.
Genius: That sucks.

He disappeared for about 15 minutes, and when he came back, my stomach lurched. He had sheets of paperwork in his hands and a grim look on his face. “That doesn’t look good,” I said to Mario before the genius got to us. But after a good hard rain, the sun does eventually shine. The genius came back and told me they were giving me a new iPhone, no cost! Oh. My. God. They didn’t have to do that, we did our research, and the warranty did not cover smashing the phone on cement. But he told me that because I’d had it for such a short time, they were going ahead with giving me a new one – and giving themselves a Mac customer for life. Oh yeah, I’m a Mac! 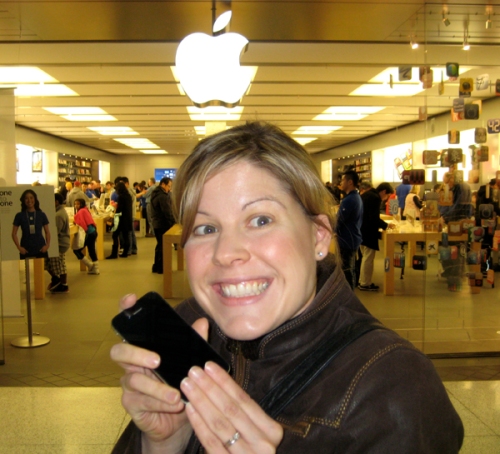 4 responses to “Please shine down on me…”