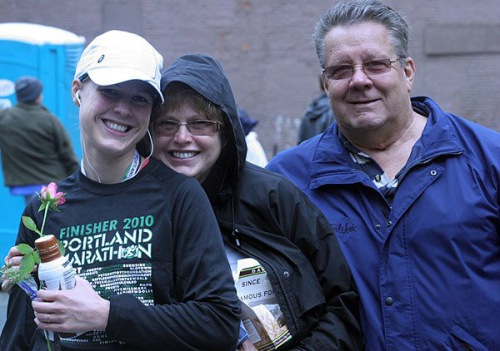 I woke up this morning with a massive headache – thank you 4 a.m. low blood sugars! – it was a post-low migraine that hasn’t happened in quite a long time, probably since getting my insulin pump fitted 1.5 years ago. And when I stumbled out of bed, I most definitely was not prepared for the sheering pain that had me trying to hold my head dead still, and my hands cupping my ears to block out all sound. I used to get these post-low migraines all the time and would be forced to lock myself in a dark, quiet room for hours until they went away. Drugs were pointless. So instead of going on a road ride (which was pretty much out of the cards anyway given the cold grey skies hovering above) Mario went mountain biking and I crawled under my covers, pillow over head until noon. Not the way I like to start my Sundays!

Last night was my 15-year grad reunion (we didn’t have a 10 year) and in a word, it was, uhm, awkward! Not awkward bad, just awkward. For the most part, I have not seen these people in 15 years, and the last time they saw me, I was a chubby, self-conscious, socially inept, awkward girl. How things change hey … I’m like the ugly duckling who grew into the beautiful swan (too conceited? ;)) I kept thinking it was going to be like Romy and Michelles High School Reunion (which by the way came out just after I gradded). I was totally Michelle 😀

My two girlfriends (the only ones I’ve really kept in touch with) and I were late showing up to the dinner portion, so we were stuck at the end of the table which wasn’t very conducive to socializing, but it was good for people watching. I kept awkwardly staring at these people (and totally getting caught doing so) some who I recognized, but many who I didn’t, and I kept trying to figure out if they were actually part of our grad class or if they were spouses … name tags, as dorky as they are, might have been helpful. After dinner, we went up to the bar, where the socializing commenced: “Soooo, what are you up to these days … Are you married … Any kids…” and while it was somewhat interesting, it was also eye opening in the fact that unless I’m interviewing someone, I really do suck at small talk. Hello awkward silences! Now, had there been someone in the crowd claiming to have invented Post-its or a special kind of glue or to have shacked up with Hef, well now, that would have been a whole other story 😉 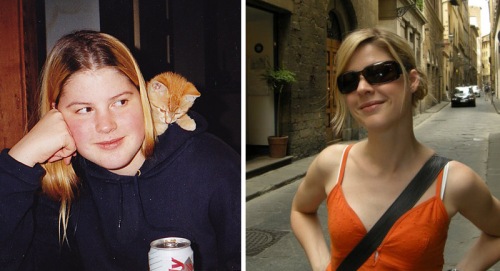 Have you gone to a grad reunion? What was your experience?

One response to “Romy and Michelle”