Dear Big Brother, and anyone else who believes video blogs are the way of the future – my wonky eye begs to differ!

I’ve done videos over the years, quite a few actually, but hardly any of which have been made public due to my uncontrollable wonky eye. Seriously, I don’t know what the hell goes on when there’s a camcorder in front of it, but it starts winking and blinking and squinting and weeping and wandering and my gawd it twitches as though there were a rogue eyelash incessantly stabbing the retina. It’s freaking ridiculous!

I’ve known this was an issue for quite some time (in fact, there was once a time in my life when I dreamed of becoming the next Jennie Garth, but the wonky eye kiboshed that dream… wonder if that’s what kiboshed hers too???) and so with this latest production, I made sure to ask Big Ring (aka: Michael Mann) after the first take if my eye was wonky, and he assured me that nope, it was not. He lied. Totally wonky. 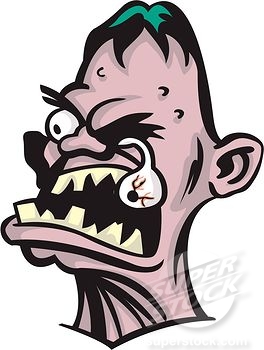 Just stick long hair on that sucker and it’s me in front of a video camera!

But there comes a time in your life when you’ve just got to embrace the wonk and put it out to the people. This is my time.

I recently became aware of the You Can Do This Project, an online diabetes campaign of videos created by diabetics for diabetics that works to provide validation, hope and encouragement for those in need. Sounds pretty cool, right, totally cool. And I’m pretty sure I’m the only diabetic out there who didn’t already know about it!

You Can Do This was started by Kim Vlasnik a year ago, and has become a go-to place for diabetics to share their stories and “be a light in someone’s darkness.” Man, I could have used something like this over the years. I couldn’t pull my eyes away from the videos, vigorously nodding my head at the similar experiences, grimacing at the tough times, and smiling through the different realms of inspiration. So far, this one’s my favourite:

It didn’t take long for me to realize I had to be a part of this – wonky eye and all!

I know I’ve said it before, but I’ll say it again, my diabetes story is not a perfect story. I used to think I was an endocrinologist’s worst nightmare. I hid stashes of candy between my mattresses, gorged out on ice cream under the dinner table when no one was around, threw my healthy lunches in the bushes, and was carted off to the hospital in hypoglycemic convulsions several times. And when I was a kid, I thought for sure I was the only one, I cried with my head under my pillow, pounded my fists into my bookshelf, dreamed of a different life. But, after almost 25 years with this disease, I can tell you, while it’s not always easy, it does get better. And heck, if I can get through it, anyone can 😀

This is my wonky-eyed story:

You will note there’s only actually 5 seconds of me talking on screen, the rest hit the cutting room floor 😉

This entry was posted in Diabetes, Pregnancy in Diabetes, Uncategorized and tagged diabetes inspiration, Jennie Garth, pregnancy in diabetes, textingmypancreas.com, Type 1 diabetes, wonky eye, You Can Do This Project. Bookmark the permalink.