Another year has passed and Big Ring is still alive!

Last Thursday was Big Ring’s birthday and we celebrated over three days: presents on Thursday; cake and friends on Friday; and my I-Only-Cook-Once-A-Year Birthday Feast on Saturday.

Because this year had beer prominence for us throughout (a craft brewery opened up five minutes down the road; several of Big Ring’s rides with his riding group this summer had beer stops along the way; and when my Belgian cousins (Hi Martin and Cristal!) came for a visit, we designed a beer tasting with several stops throughout the Lower Mainland for them to compare their top-notch beers with our local ones), I decided to make Big Ring’s birthday a beer-themed birthday.

What goes with beer? 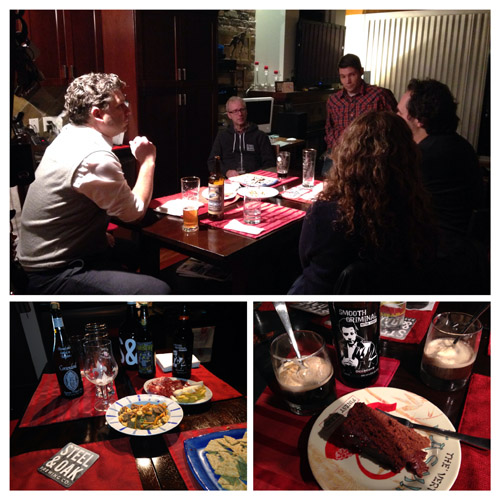 For the finale on Saturday, I put together a pasta with clams feast. And I think it actually turned out really well, it had a nice, spicy kick, and was a heck of a lot less complicated than other meals I’ve attempted (I’m looking at you Lasagna 2012!) and something we both agreed we’d like to try again.

There was, however, a slight blip in the cooking process – just one! Midway through eating, Big Ring got a funny look on his face, and I was like, stomach dropped, oh crud, what the hell did I do? “Did you, uhm, use cilantro in this?”

That’s why I kept smelling cilantro! The recipe called for fresh parsley, but I have no idea the difference between the two, so it seems I pulled out the cilantro instead of the parsley. Oops. Good thing we both like cilantro 🙂 🙂 🙂 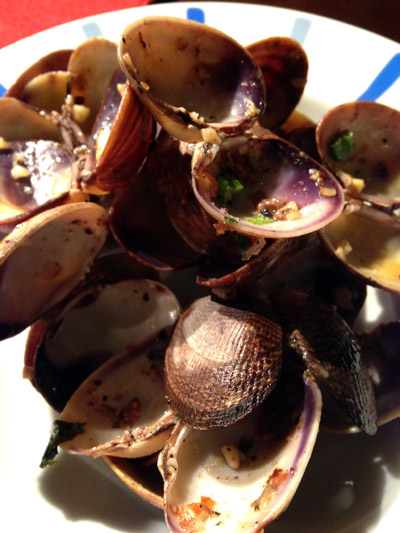 The run was great, but the BGs sucked. My legs felt great, I felt strong, I was able to kick up my pace when I needed to and maintain it for the duration, which was fantastic. But holy hell, what the eff is going on with my blood sugars. This is like 3 or 4 weeks now where the only day they go crazy high after breakfast is Sunday Run Day and where they bottom right the eff out 30 minutes into the bloody run. I know with this run I got distracted between the 30 minutes and 60 minutes where I wasn’t drinking enough of my sports drink, but that does not account for the bottoming out at 30 minutes. And the post-breakfast highs, what the hell? I’m pretty sure I’m not stressing about these runs, so what the frick is going on? Ugh!