It’s crazy how long the build-up for Christmas is, hey (I’m pretty sure I heard my first carol the day after Halloween) and then how quick it comes to an end. These last few days have been a blur of social gatherings, glittery shoes, movie goings, Christmas traditions, and chaotic festivities.

Today, the day after Christmas, the wrapping paper is all put away, the cookie crumbles fast forming, and the clock back to it’s regular tick-tock, tick-tock. But the memories, they will always stay. 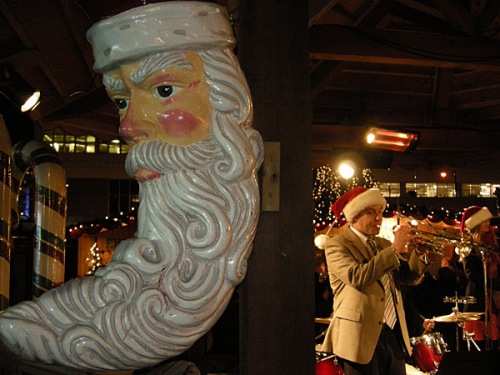 On Thursday evening we went to the Vancouver Christmas Market with our favourite Italian family. In just its second year, the German market already had way more vendors than the previous year. All around us there was music, German dialect, German pastries, German burnt cheese (blech!) German wine and German beer. There were German knick knacks, German stines, and a whole assortment of German ornaments. 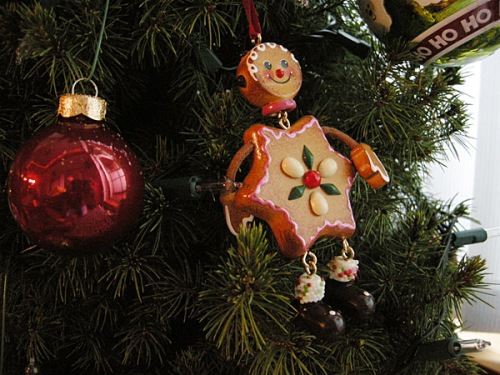 Including this wooden gingerbread man that I just had to have! I do so love my gingerbread 😉

The Big Ring and I went for an early morning run on Friday (more on that in the future) which felt amazing. To celebrate the run, we indulged in a VIP movie-watching experience at Silvercity. And I got to say, while Sherlock Holmes was great (although way too long, as most are these days) and Robert Downey Jr. was even greater (sigh) the hoity toity VIP theatre did not live up to its hype – or cost.

On the morning of Christmas Eve I was awoken to the aroma of French toast (with real French bread!) wafting up into my bedroom. The smile on my face and excited butterflies in my belly were surefire signs the Christmas traditions had begun. 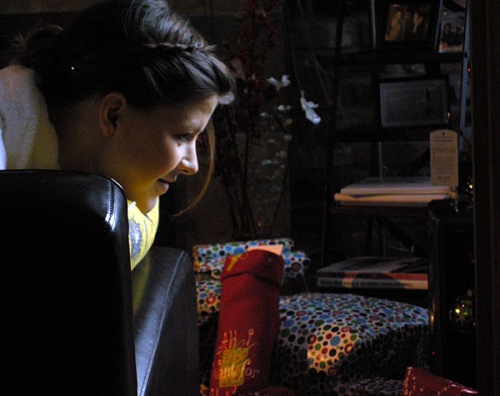 Every Christmas Eve, the Big Ring and I go on some sort of outing. In previous years, we’ve gone to Christmas plays,  interactive theatre, movies, etc. This year, we went to see the twinkling lights at VanDusen Gardens. And such a sight it was. 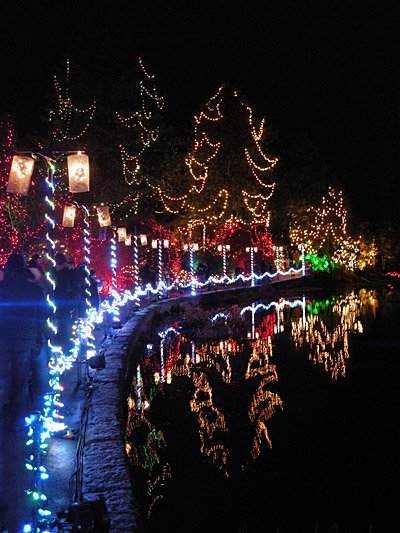 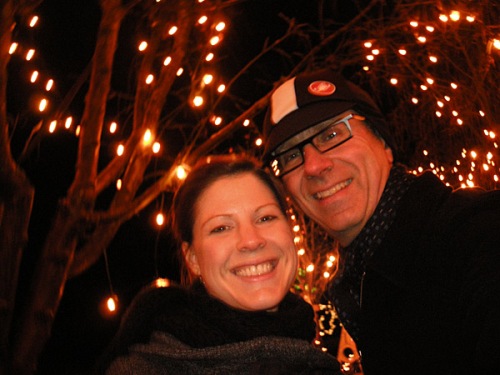 We ate our traditional German rouladin feast for dinner; so tastily put together by the Big Ring himself. And then, with a bottle of Malbec at our side, dug into those “beautifully” wrapped presents… I love the German way; I get presents Christmas Eve AND Christmas Day 😀 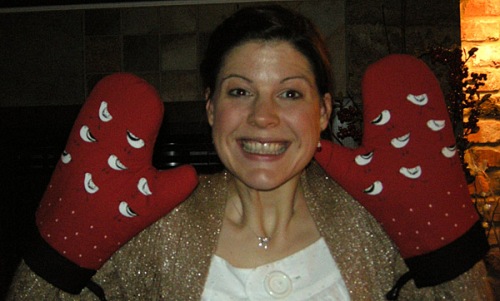 Oven mitts AND The Art of French Baking recipe book… is he trying to tell me something?

A small box containing glistening ruby earrings was also wrapped in amongst the baking accoutrements. And you know what they say (or maybe it’s just what I say ;)) no girl is complete without a pair of ruby earrings. I am now complete!

On Christmas morning, we got up extra early and went out for a quick 5 km run, hoping it would help combat the extravagant feast that was to ensue at my parents’ later that day. 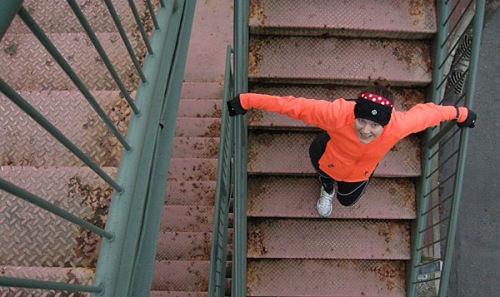 Stairs would surely work off all that stuffing right, right?

Chaotic doesn’t even begin to describe the annual gift opening held at my parents’ every year. When you’ve got 2 parents, 5 children, each with significant others, 9 grandchildren and 1 great grandchild under the same roof, it’s, well, it’s pandemonium really… just the way we like it 😀

The Big Ring and I went to the movies in the afternoon (another tradition of ours) and saw Hugo, which was a beautifully filmed movie with such a heart-warming story – I instantly fell in love with the characters.

By the time we were back at my parents’ we were famished; a good thing considering we stuffed about 50 pounds worth of the most drool-worthy food into our ever expanding bellies. Worth every last bite!

Do you have Christmas traditions?