Have you ever been a part of something so incredibly fantastic that you’ve been nearly muted by the awesomeness of it? Something that you struggle to put words to because no word seems adequate enough? Something that you find yourself unconsciously holding back on because you know the person across from you didn’t experience it and will surely have jolts of envy shooting through them to hear it? I have. For the past month, my mind has been bursting and my fingers itching to attack the keyboard, but my voice unnervingly silent. And then, this morning I went to Dear Physio, an hour long appointment filled with IMS needles, and it all came flooding out of me.

Medtronic Global Heroes, holy freaking hell, I did that – I am that!!!

We are Global Heroes.

The moment we walked off the plane, I felt like a rock star. There was a sign – a sign! – greeting us. Our bags were carried; our pockets filled with snacks; and a chauffeured car waiting. Oh yeah, and a wallet full of spending money too!!! (To, ahem, cover the costs of our luggage and any meals that weren’t provided (of which I think there were maybe two)).

That smile was pretty much the theme of the weekend!

Where do I even begin?

I knew that this weekend was going to be huge. I had read several online accounts from Global Hero bloggers of previous years, and had studied the Global Heroes website and the faces on the website like no one’s business. But as much as I love the written word, it doesn’t compare to experiencing it in the flesh. The moment I walked into the banquet room of our first mixer, my skin prickled with goosebumps. Everything about ME felt right.

Instantly I was enveloped by 24 fellow Global Heroes, men and women of all ages and all sorts of medical “ailments” and technology – none who have let their diagnoses get in the way of them rocking life to the core. There was my pal Dion, the stoic man from Christchurch, New Zealand, who had a spinal cord stimulator implanted to manage pain after being wounded in an Afghanistan deployment; he ran the 10-mile on crutches. My neighbour chickie Miss Carmen, from Mississippi/Florida, who not only has one of the easiest smiles I’ve seen, she also has an implantable cardioverter defibrillator to treat cardiomyopathy. She did the 10 mile six months pregnant, wearing a closet full of sweaters to stay warm… those Floridians! And Sarah, the girl with the chicest glasses (yes, I was all over those glasses!) who, before getting a pacemaker, spent her adolescence fighting daily blackouts, and struggling to get through a conversation without first running out breath. She ran the marathon, dreaming of the day she gets implanted with a bright pink pacemaker (hint-hint Medtronic).

Drooling over glasses at Minnehaha Falls.

Crystal Gail, who just one year ago was lying in a hospital bed with sutures following the implantation of a neuromodulator to manage chronic pain. She’s run 547 miles since and was the driving force behind the Black Lives Matter protest re-channeling into a rally next to the race, not in front of it. And Mike, oh man, Mike. This guy, an eye specialist, who diagnosed his own heart condition. This guy, an avid cyclist too, was run off the road while out for a ride just last year, he suffered a major shoulder injury, but opted to postpone surgery in favour of being a Global Hero. He killed his 10 mile time and few days later was under the knife getting his shoulder repaired. 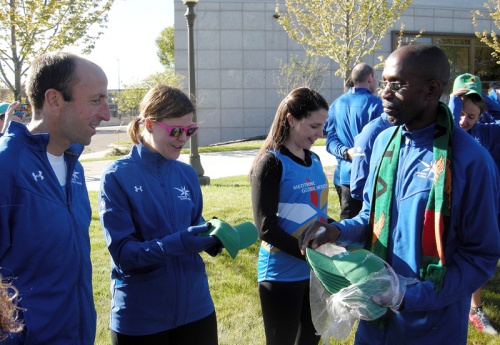 So many fantastic stories. All worthy of the heroism title. And the crazy thing, I was one of them!

But that’s the thing, right. Diabetes didn’t end my run. Diagnosis didn’t end any of our runs. Not Akende’s; not Luciana’s; not Delphine’s; not Liga’s; not Sergei’s; not Camilo’s; not Jack’s; not Carmen’s; not Laura’s; not Wen’s; not Sally’s; not Yoshitaa’s; not Kenji’s; not Tomas’; not Nicola’s; not John’s; not Melanie’s; not Mike’s; not Dion’s; not Silvia’s; not Crystal Gail’s; not Sarah’s; not Yulong’s. Not mine.

And that is pretty freaking awesome!

… oh, and that spending money… wellllllll, let’s just say someone got a new hoodie and standout pink sunglasses!!!

Okay folks, I have had this news bottled up inside me, desperately wanting to burst free for over a month now. I have so greatly wanted to share it, but two factors kept me from all out spilling the beans. First, I thought I would wait until it was officially announced, and second, silly me decided to take a two-part, condensed organic chemistry course over the summer, which is taking ALL my time. But with my second to last exam completed as of Friday, and my brain far too mushy to delve straight into finals mode, and procrastinating from finishing the two lab reports due this week, now is the perfect opportunity to gush. Are you ready for it? Like, really ready? Okay……..

Twin Cities in Motion and Medtronic Philanthropy chose me – ME – to represent at this year’s Medtronic Twin Cities 10 mile race as a Global Hero!!!

That means: fully covered airfare for Big Ring and I to Minneapolis in October, hotel covered, race entry covered, (if Big Ring was a runner, he, too, would have been granted a race entry), meals, networking and more – all covered!!! Oh yeah, and a watermelon sized ego with the new label Global FREAKING Hero!!! 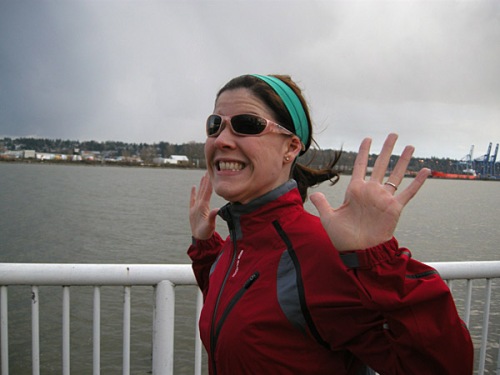 Every year, since 2006, Medtronic has selected a group of runners from around the world, sporting various medical devices, to run this race. For those of you who don’t know, Medtronic is one of the major insulin pump distributors in North America, among other things.

I first heard about this program when I was on maternity leave two and half years ago and thought, wow, what an incredible opportunity. I’m a runner, I have diabetes, I have an insulin pump, I’m perfect. It took three tries for the judging committee to realize my perfection, mind you, but given recent events, this year is surely the most perfect year of all. 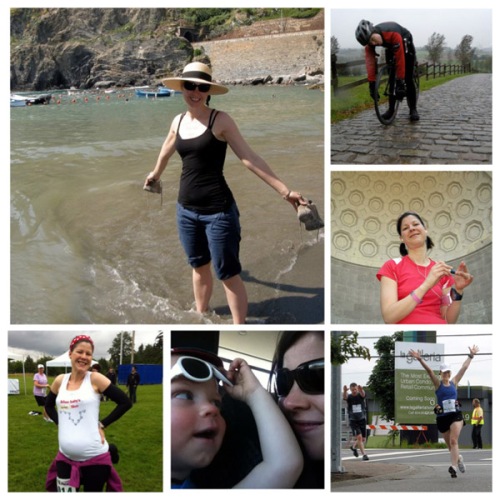 But the thing is, many of those things my parents were told I would not be able to do because of diabetes.

And while I am so incredibly proud that I have done all that, and intend to do way more, life with Dear Diabetes isn’t like life without. I’d be lying if I didn’t say this disease hasn’t required incredible amounts of preparation and monitoring to make the above possible. And even with the scrutiny I put myself through daily to ensure tip-top control, it’s not always possible. The disease sometimes wins.

Like that time I climbed down the Eiffel Tower steps at about 11 p.m. at night…

On top of Eiffel Tower

The sky was black dark but for the tower’s glowing yellow lights. My legs were becoming shaky and my vision was skipping a few steps. At first I thought I was just tired, but soon realized that nope, it was Dear Diabetes reminding me she was there.

Dear Diabetes: the accessory of my life.

So yeah, I am kind of a big deal – a Global Hero big deal! 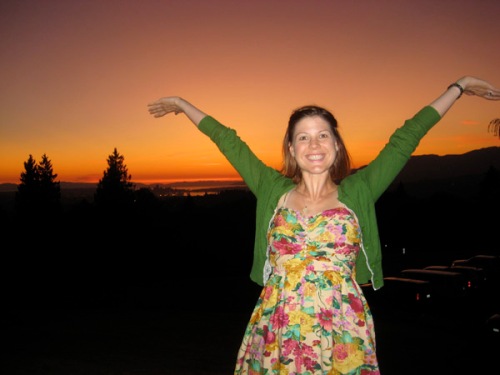 * I’ll be running the Medtronic Twin Cities 10 mile on Oct. 4 with 24 other totally awesome, and I am sure super inspiring too, Global Heroes. This is the 10th anniversary of the Global Heroes program. Stay tuned for more updates!