Well folks, it’s official – I am Portland Marathon bound! Bright and early, this Thanksgiving (for us Canadians, that is) I will be running 42.2 km! Good golly, am I insane??? As soon as I completed the registration, butterflies were swooning all through my belly, and light twangs of mostly thought up pains as well … have I mentioned I have a serious case of runners’ hypochondria? 😉

As excited as I am though, let me just say, it does NOT pay to procrastinate! I’ve been digging my heels in about registering for the marathon for about a good month now, despite knowing that I wanted to do this ever since I first saw the signs posted along the streets of Portland last year, a week before the race. But given my history with signing up for races and then getting injured right after doing so, I think I had good cause for concern. And yet, I started my training, I’ve been talking about it for months, I even put a call out for cheerleaders (you know who you are) but I just could not bring myself to fully commit and sign the dotted line … until last night.

While Mario was watching his second viewing of the Tour, I got my wallet out and went for it. I knew it was going to be a hefty charge of $135, but then when I saw that there were potential coupon codes available, I started doing some Google searching. I came up with three separate codes, but all of which had expired; the last one on June 30 – just four days ago!!! Had I taken the plunge on Wednesday like I was planning to, which just so happened to be June 30, I would have gotten that $10 off coupon code. But hey, no biggie, I could live without $10. The kicker for me, though, was when I came across a site that had the race listed as just $100 before January 1! Are you kidding me? That would have saved me $50! Like I said, it does NOT pay to procrastinate.

So why not just sign up for a race closer to home, where I don’t have to pay for accommodations, and where the entry fees aren’t quite so steep? It’s Portland, plain and simple.

How I love thee city, let me count thy ways: 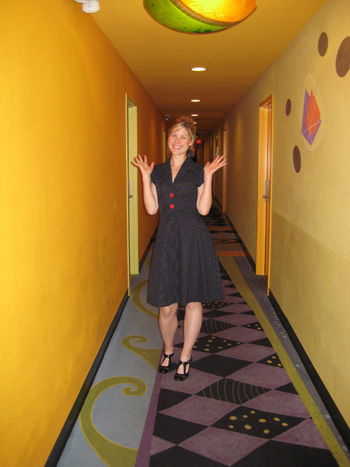 This is the hotel we'll be staying at (the Inn at Northrup Station) most known (in my world at least) for its endless supply of saltwater taffy! 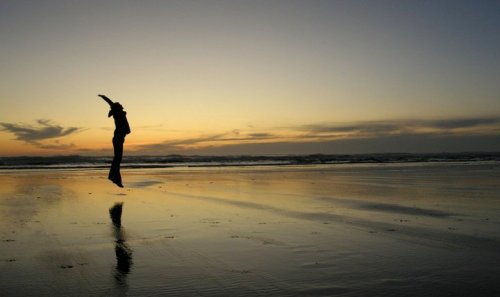 Unfortunately we won't be able to hit the Coast this time as we're going to be hopping on a plane to Belgium just a few days after the race!

Now, the question you’ve all been waiting for (I know you have, but if for some unearthly reason you haven’t this posting will explain it all) how did I decide to personalize my bib? Well, everyone I spoke to was in agreement that yes I should personalize my bib. For the people who voted, I had a one person each tie between ‘Princess’ and ‘KatiePOP’ but an “overwhelming” landslide victory for ‘Katie’ with 8 whopping votes! Mario was really pushing for KatiePOP, he liked how it sounded like Lollipop and tried to use his husbandry sway, but it was actually a fellow blogger who got me wholeheartedly onto the Katie side. I sent Amanda at 5 Miles Past Empty an email asking her for some advice on my dilemma. Amanda has run half marathons, triathlons and marathons (and will be running the Portland Marathon too) and has a super inspiring blog – in fact, it was a recent race recap of hers that really pushed me over the edge to get official – and this is part of what she told me:

… about the bib personalization, I say definitely do it! I can’t remember if I had mine personalized or not! I hope I did!? If so I would have just put my name on it… I have noticed that when fans are cheering, if they know your name they will cheer for YOU! So if your bib says Katie then they will cheer for you and you will hear your name and it will be AWESOME! That goes a long way when you are tired and maybe start feeling alone on the course! …

As many of you know, this is going to be my first marathon and it is hugely intimidating. But with the money I just outputted, there is absolutely no way I am NOT going to race this race. It wasn’t too long ago that I used to make fun of us runners (yep, I did) and probably because I never thought I could run … I used to huff and puff around the track in school and I absolutely hated it, so much so, that when we ran a loop around the school in gym class, probably just like two or three kilometres, I would sneak through the catwalks with a couple of girlfriends of mine when the teacher wasn’t looking to shorten the route! That’s how bad I was. But look at me now. I’ve run 5 km races, 10 km races, half marathons, and by golly I will complete this marathon. Count on that!

What has been your favourite race and why?