Off to the torture chamber I go

It’s official, I am going to be seriously poor come Christmas. I suppose it’s partly my fault, okay all my fault, I mean I did fall in love with a man whose birthday is two weeks after Christmas (that should be banned) and who, no matter how much I plead, is not willing to push his birthday up a couple of months … it’s only fair really, he gets six months between Christmas and my birthday! But I digress. Not only am I shopping for Christmas and for birthday, I am also shopping for me – my body that is. It’s recently become clear that unless I invest in improving my body by strengthening my core I will continue to be plagued by these annoying aches and pains that have kept me off the road now for more than a month!

Last week I made hints that I might be interested in signing up for Bikram’s yoga as a way of strengthening my core, which is seriously needed. But, upon further hemming and hawing, it turned out I couldn’t really get past the grossness of hot yoga. The sweat smell alone had me perspiring with anxiety, and then add to that my general dislike of crowds and my fear of locked rooms and what I imagine to be a germ-infested facility (with all that dripping sweat, how could it not be) and I just couldn’t bring myself to make the call. However, after much consultation with a girlfriend of mine who’s in the know, I did take the plunge into the pilates world – a world that is not a cheap world.

To start, I have to commit to 4 introductory private sessions so that the instructor can develop a plan specific to my needs, which seems to be a common practice among several pilates studios, and which will set me back $168. That’s the cheap part. Then, I had the option of purchasing a package of eight small group sessions for $215, or 12 sessions for $296, or 24 for $538. And me being the go big or go home kind of girl, I opted for the $538, which if my math is correct should get me through 12 weeks of two sessions a week, which is recommended. Ka-ching for them!

The tough part wasn’t the money, though. It’s an investment in my body. I need to strengthen my core, and pilates apparently works on that very premise. And like Mario told me, I’m either spending that money reactively on massage and physiotherapy, or on this, which theoretically is proactive. The hard part, though, was figuring out what studio to go to. Upon great amounts of research, I narrowed the search down to three locations: one in Kitsilano, one in New West, one in Bradner, right near my parent’s house, and half way home from work. They all listed similar prices, practices, and all had great recommendations. However, the Kitsilano one was just a little too far for me to get to during the week stress free; the schedule for the New Westminster one didn’t jive with my schedule; and so that left the Bradner one, which would be a nice way to break up my super long commute, which I so totally loathe.

I toured the Bradner studio, Pilates for Every Body, while a class was going on, and I so interviewed the instructors just like the good little journalist that I am – notepad and all! And they took it in stride, they answered all my questions and then some, and a couple of their clients even piped up telling me how much pilates had helped them with things like flexibility, posture, injury recovery, and one client who’s an equestrian said it loosened up her “tight butt” like nothing else had. I NEED THAT!!!

Leaving the studio, I felt pretty confident in my pilates decision, although, I am a little concerned with the “reformer” thingys that looked more like torture devices than anything else. And I should know – I was just at the Castle for Counts in Gent, which featured a whole room FULL of medieval torture devices! You decide: 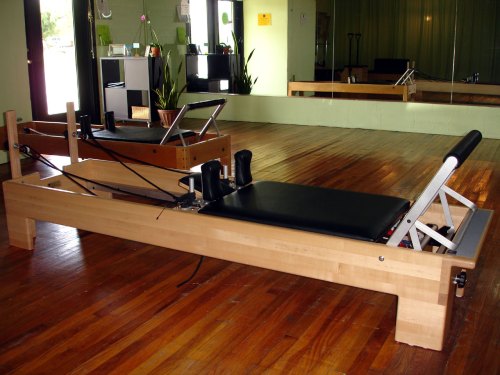 The pilates reformer and... 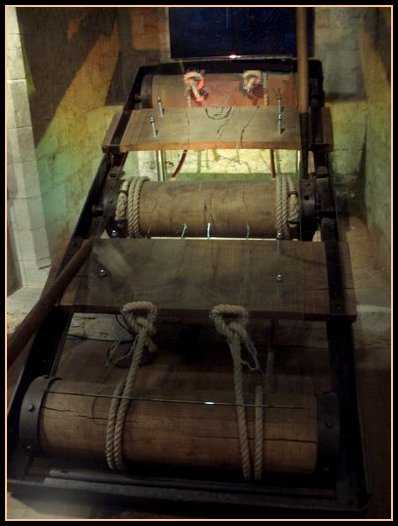 The rack torture device ... awfully similar looking if you ask me!

In addition to signing up for pilates, I also registered for a gait analysis workshop at The Movement Studio in Kitsilano, which is being held later this month. I think the workshop is mainly for physiotherapists, but it’s being offered to the general public too, and I figured being a runner it doesn’t hurt to know more about what’s going on with my walk – which I’m pretty sure is seriously dysfunctional! But hey, maybe this workshop will help it. Here’s hoping 😀

Have you ever done pilates? Were you a fan of it?