Peanut butter and honey! That my friends is the magic elixir for kicking diabetes butt on a 60 km bike ride … at least it was for me 😀

I wasn’t sure how to fuel myself for the Living the Dream Fondo. I’ve never used gels on my recreational rides and I knew I wouldn’t be all out racing (ha!) but I’d been listening to others around me talk about gels, sports bars, jelly beans, etc., and I started thinking, ah crud, should I be doing that for my rides too? I wasn’t too keen on the idea given my past belly revolting issues with gels, and I knew 60 km wasn’t a huge distance, it shouldn’t warrant such a requirement. Still, I threw a couple into my suitcase for just in case.

And then I remembered a local sports radio dude, a couple years ago, talk about his triathlon fueling strategies, gushing about his love for peanut butter and jelly sandwiches on the bike; how easy they were to eat when in movement, and how easy they were to digest. Super win-win. But the thing is, I’m not really a fan of jam. I love honey though! Why not give it a go. 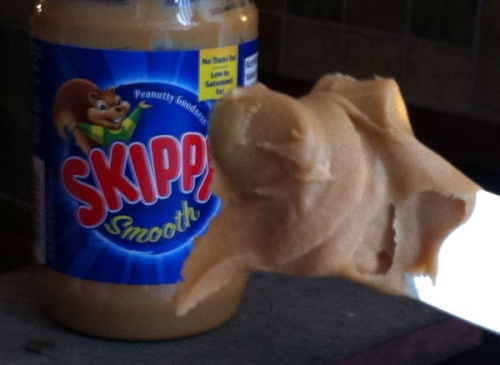 I wasn’t sure what kind of bread would be the best. I know that white bread causes an instant shot of sugar into the blood stream and that normally whole wheat is the better option as it’s more fibrous, takes longer to digest, etc., but then, that there could be a problem. What if I couldn’t digest it? What if it caused the same problems the gels have caused me over the years? The last thing I needed was a belly in turmoil when wearing spandex – you can’t get them shorts off fast enough!!!

I opted for my tried and true Dempsters 12-grain, and lathered on a good layer of peanut butter, and a generous dollop of honey. I cut the sandwich into four quarters and put it into a Ziploc bag for safe keeping. I also packed a baggie of raisins and a Clif Zbar into my jersey pockets in case of lows. The gels stayed in the suitcase!

For hydration, I filled a water bottle with lemon-lime Vega electrolytes, which I had never used before (probably not the best time to start!) but which I had become incredibly enamored with when I discovered they were sweetened with Stevia – not sugar, nor other sweeteners that could wreak havoc on my belly. And, well, it just tasted really good 😀

So how did it all work? Fabulous! There were no belly issues; no cringing from the grossness of the taste and or thick texture slithering down my throat; and – HUGE! HUGE! HUGE! – no blood sugar dramas!

At the first rest stop, my BG was sitting at 8.0, down 2.8 mmol from when I started. I ate one quarter of the sandwich, and downed some electrolytes; no bolus. The second stop, they were down to 7.8, so I ate two quarters of the sandwich, as well as a pineapple chunk; no bolus. The pineapple, however, (I should have known) was my downfall. I’ve always struggled with pineapple shooting my blood sugars up, but because my BG had dropped at both stops, I got concerned. (The last thing I wanted was to go low on the road, especially seeing as how I’d forgotten my RoadID and hadn’t written any of my medical info on the back of my bib!) And so, by the third rest stop, after getting lost and doubling back for directions, my BG was up to 10.0. Shoot. I took a slight insulin correction, didn’t eat a thing, and continued on. By the finish, they were down to 7.9! 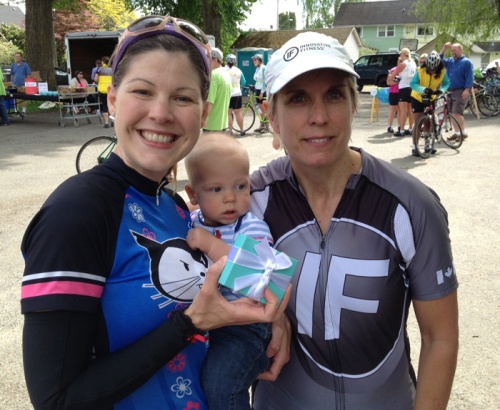 Hmm… could peanut butter and honey sandwich quarters work as running fuel too?