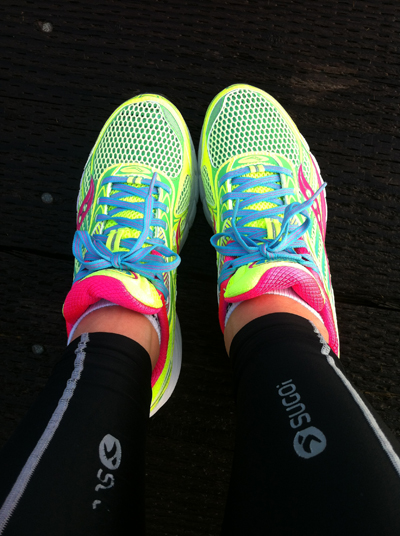 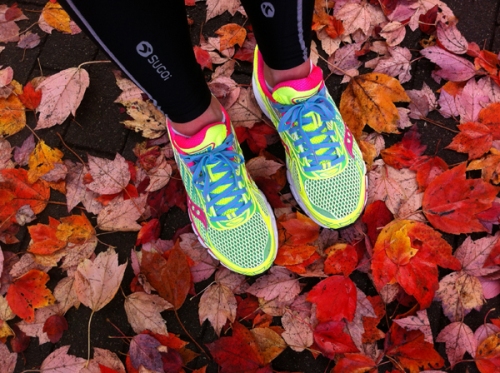 Princess’ back, tell a friend…

It should have been Red Red Wine blasting through my earbuds yesterday morning (ahem) given how awesome my run was and given I had shared a bottle of Shiraz with a girlfriend the night prior – lending further claim to my theory that red wine the evening before a long run/race is just as beneficial as pasta, maybe even more. Does your pasta have heart-healthy antioxidants loaded inside? I don’t think so 😀

So it was a bit of a late start to the run. I had planned on being out the door no later than 10 a.m., but unfortunately the wine did have its faults in getting me out of bed, or not for that matter. When I finally did lace up my sneakers, I had a head full of worries. I was worried the over-indulgence of wine would take its toll; worried my leg pain would once again rear its ugly head; worried I’d have another BG disaster similar to last week; and most worrisome I wouldn’t find a toilet in time.

I started the run at Science World and it seems now that the big globe is all fancied up they no longer let us runners use their toilets (which is really quite a shame as they were my favourite toilets next to the Kits Beach toilets … nothing like reading about quirky science when taking a wee :D) and because I always have to pee before a starting a run, I had justifiable fears of wetting my shorts. Luckily, though, I had opted to head in the direction of Granville Island, which was only 3 km away and which has an abundant supply of public-use toilets, surely I could make it that far without having an accident. I hoped.

Those first three kilometres were killer. I felt slow, I felt tired, my legs were heavy, and the jiggle of my butt had a not-too-pleasant tender sting to it. But after relieving my bladder (and after listening to a woman trying to force her kid to pee first by threatening the kid telling her they were going home if she didn’t pee, then by singing Twinkle Twinkle Little Star to relax her enough to pee, then by exclaiming ‘Listen, someone else is peeing!’ That was me! Awesome.) I had a totally amazing run. I had energy, I had kick, I was passing people – on hills!

There was just one part of that run where I felt I needed a little extra oomph. I had just come up from Kits Beach, had just past my dream townhouse in Point Grey, and had impressively powered my way up a short but super steep hill. My breathing was laboured, I could feel the beads of sweat stinging my eyes, and for a brief moment I was tempted to take a premature walking break. But, it was in that same moment when Eminem’s ‘Til I Collapse started beating through my earbuds. Seriously, how could I stop with lyrics like these:

Say what you will about Eminem, but as the line in the song says, his music is magic – at least for me it is. First of all that left, right, left, that gets my feet and legs working together, and then his words about not quitting no matter how bad it gets, that instantly keeps me driving forward and pushing harder. Perfect song.

Because I was meeting up with Mario and friends of ours at Granville Island, and because I was feeling pretty awesome, I sped up the pace for my last kilometre, pulling out a solid 4:30 to 5:00 minute per kilometre pace. Not too shabby at all 😀 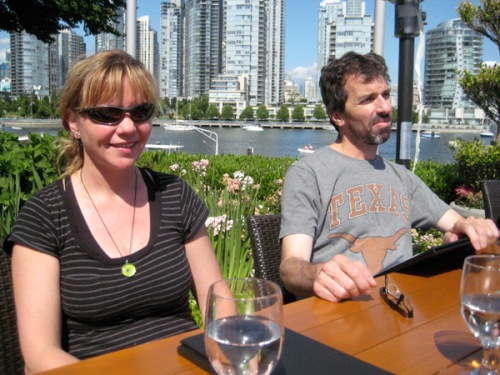 And then we met up with friends for a pint of craft beer and pizza on the patio – that’s adequate recovery fuel right?

How was your weekend? Any runs? Rides? Relaxation in the sun?