The hills were unavoidable.

It didn’t matter how much I tried to block my eyes, avert my eyes, shut my eyes, in San Francisco, I was surrounded by hills. And not mole hills. Oh no, these suckers were straight up, stomach in your gut, oh my god, what I have I gotten myself into hills. 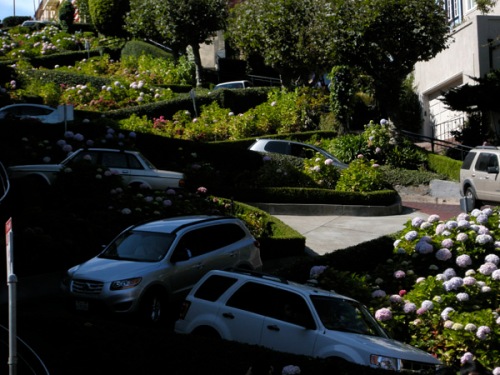 Lombard Street: One of the world’s crookedest streets featuring eight tight switchbacks, which were designed out of necessity as most vehicles in 1922 could not ascend the 27% grade!

On most occasions, I am not a fan of knowing the route of my races or even my long runs before heading out. I don’t want to know if I’ll be having to run rolling hills, or descend down stairway to heaven hills, I don’t want to know if one of my running partners has picked a route that I hate or a route that bores the hell out of me. When it comes to my running, I live in a world of ignorance where everything comes at me in surprise. And I like it that way!

Now, that being said, it probably wasn’t the wisest thing to book a trip to the city of an upcoming race – two weeks before said race! Especially if that city is San Francisco.

I knew when I signed up for the Nike Women’s Half Marathon that there would be hills. And I knew they would be significant hills. But it wasn’t until we drove into the city, and I saw those cable car hills (straight up, oh my god hills!) that it suddenly hit me. Oh freaking crud.

I love hills, we all know that, but these hills, I was sweating just looking at them. Seriously, I was on my tip toes just walking up them, I couldn’t even imagine having to run them, let alone descend them. I hate running downhill!

It was at this point, Mario suggested I go against my number one rule and actually look at the route, get a feel for what I’d soon be getting into. Thank heavens for smart husbands. 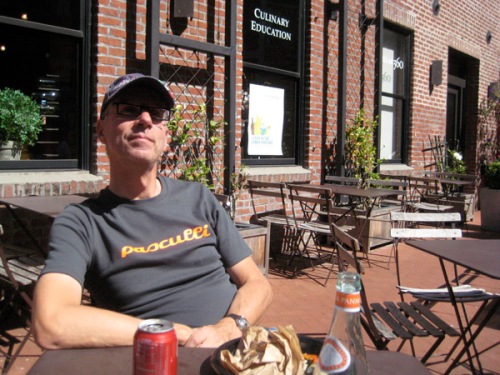 Further Google searching had me discovering this race route will also feature a beautiful, eclectic mix of urban, ocean and forest views AND a glimpse of the Golden Gate Bridge too. I love bridges!

Sooo, just wondering, is it normal to start belting out the Full House theme song every time you drive across the Golden Gate Bridge? Because that’s exactly what happened to me 😀

In one week, my friends, I will have completed a race I have dreamed of for more than a year now, and I will have received my Tiffany’s ‘finisher’s’ necklace, handed to me by a San Francisco firefighter. Oh yum.

Now what the heck was I being all trepidatious about anyway? 😀