Timing is everything. On the drive to my brother’s after work I was cursing myself for choosing to run today instead of yesterday. The monsoon last night was nothing compared to the golf ball sized hail smashing down on my window today. And last night I had my jacket with me, but tonight, as my eyes started spinning watching that hail, I realized my jacket was hanging on the banister at home – an hour away. Oh crud.

And it’s not like I could just shirk this run, I had to run, I haven’t run since Saturday, I needed to get at least one mid-week run in before Saturday’s long run. So, come hail, come monsoon, come thunder and lightening, I would be running. Ahh but my timing proved perfection. By the time I drove up to my brother’s house, the sun was shining and the dark clouds were a good distance away. Shorts weather, yes I think so.

It usually takes me about 2 or 3 km to figure out if I’m going to have a good or bad run. Some days I can shake the kinks out and totally rock the run, while others it’s like I’m a granny seizing up halfway to the rocking chair. When I realized I was pushing her good tonight, and feeling totally awesome doing it, I went with it. I wasn’t sure how long I could keep up the pace, or at what point I’d want to collapse, but until that moment came I wasn’t letting up steam, none at all. And you know what, I may have been huffing and puffing pretty good, but at no point did I feel like I was killing myself – and it was a hilly route! Good sign.

However, because I opted to go in the opposite direction from where I usually run from my brother’s house, I was mostly relegated to sidewalks, which I hate running on. Give me asphalt any day, but please keep the cement away. So at about 4 km in, I totally switched things up and hit the trails, which is huge for me because like cement I’m not much of a fan of trails either. But for a short distance, it was a nice break from the sidewalks, both in foot padding and scenery. And it was a trail that I used to walk through all the time as a teenager but haven’t been to in well over a decade, so it had a bit of memory lane attached to it too. 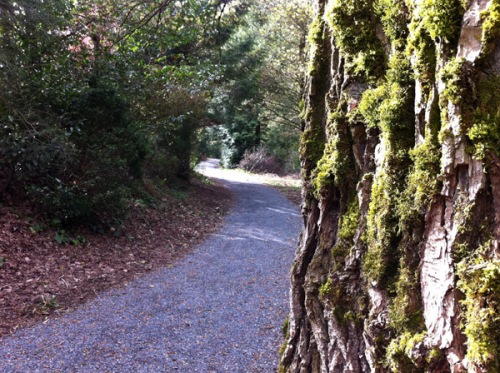 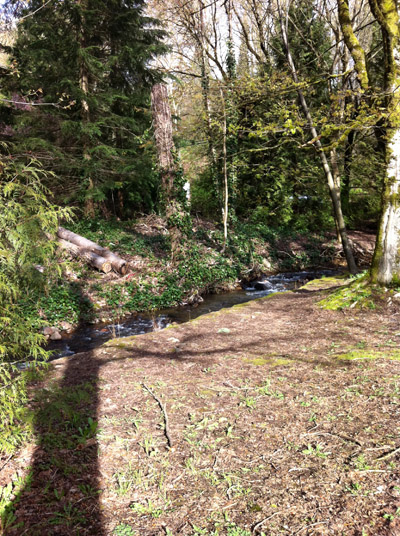 My reward for such a hard rocking run: hanging out with two of my super awesome nephews who with their beautiful smiles and super big hugs can heal any post run aches and pains in a heartbeat!

Will you be watching the Royal Wedding tomorrow morning? I will 😀

This entry was posted in Running and tagged asphalt, sidewalks, speed, trails. Bookmark the permalink.