When Mario told me he had to write his blog this morning before going out on a ride – emphasis on had to – I didn’t really think too much of it. I was on my way to my parent’s following this morning’s 13 km LSD run, and he was on his bike, but only in Burnaby. I’d already been out of the house for two and a half hours and had figured he would have been a lot further along by now – but he had to write his blog, he said. And it wasn’t until we were off the phone, and I had continued on to my parent’s to bring my dad some Happy Father’s Day love, that it suddenly dawned on me: Father’s Day!

Mario lost his pops six years ago, just before Father’s Day, to pancreatic cancer. He had to write his blog. And my goodness what a touching blog it was – it seriously brought tears to my eyes! Check it out at http://www.thebigring.wordpress.com. 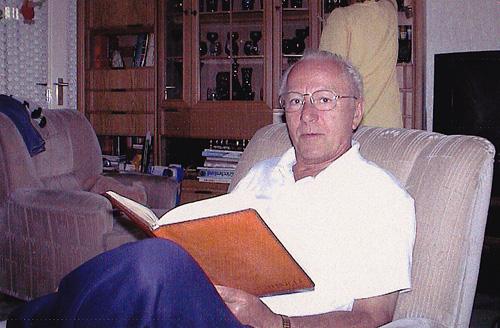 Mario's pops and my pops-in-law. I wish I would have known him.

When I stopped in at my parent’s, my dad was nowhere to be found, so rather than just drop off the love, I decided to be a kid again and hold a scavenger hunt for him, kind of like what he and my mom’s used to do for us at Easter, and what my brothers and I used to do for endless hours of fun. I hid the love all over the farm – on the bumper of his dump truck, on the French-looking bistro set, and in the bed of his 1950 Chevy truck – with fun little clues at each of the hiding spots. I used to love that game! And by the sounds of the phone call I got later this afternoon, he loved it too! 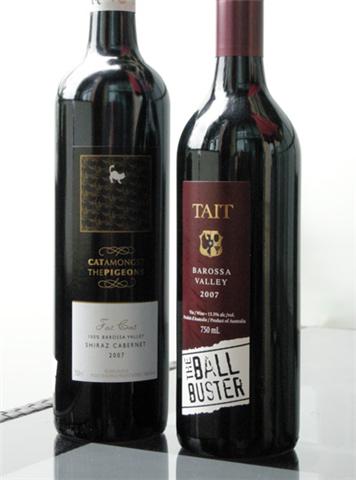 Apparently the Ball Buster is a best seller with the divorcees who come into the shop following an appointment with the law firm, which specializes in divorces, located above the wine shop!

I bought my dad two bottles of wine and as much I’d love to tell you what kind of origin/vintage/smell/taste they were, I’m not really that kind of a wine shopper. I’m more of a if the name makes me smile or the label makes me laugh, it’s a winner shopper. Ball Buster and Fat Cat were today’s winners 😀 I also got my dad a bag of Back to Nature Sea Salt Roasted Pistachio Cashew Almond Mix, because I knew he’d love it … but shhh, don’t tell him that the bag was actually a freebie! The Abbotsford Running Room is overflowing with full-sized samples – yes, full-sized – but the manager is majorly allergic to nuts (she broke out into hives when just the dust from one of the boxes hit her face!) so every time I go in there, which is a lot, they send me home with a case bag! 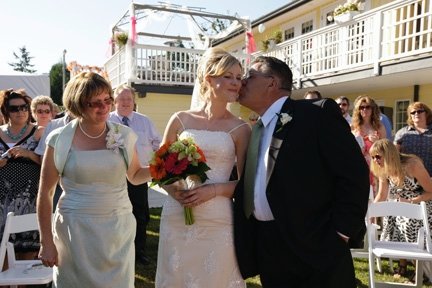 I love this picture!

Today’s run felt pretty good, although I started out feeling a little pukey, which I’ve been noticing has become a bit of a trend for my morning runs lately. It was so bad yesterday, I thought I was going to have to turn back. My calves also felt like they were on fire to which I blame the New West running, otherwise known as hill training! But by about two or three kilometres in (just like yesterday) I was good to go. No more morning sickness (do NOT insert so-called witty preggers joke here) and no more burning calves. Although, I have been dealing with a nasty dull ache in my right heel all afternoon, which I’m really not enjoying. Fingers crossed that it’s nothing major.

How did you spoil your pops today?